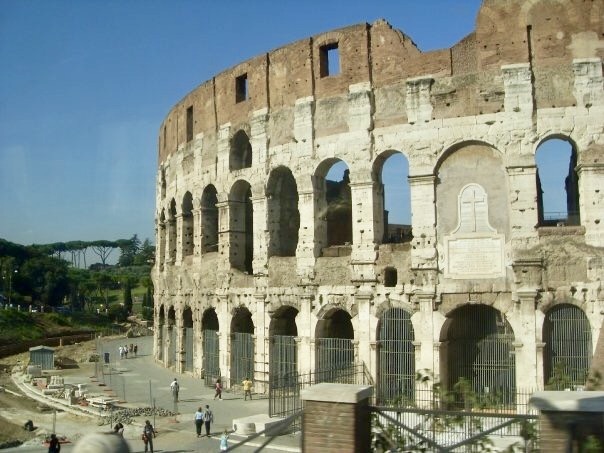 I have always wanted to visit Rome, it is definitely another place I need to re-visit so I can spend more time exploring (and to take better quality photos than the last time I went!)

It was only when I was researching Rome to write my blog that I realised how much I had missed during my short trip. I think, unlike other places in Italy like Venice and Florence, it is partly due to the fact that many of the attractions are quite a distance apart, and not within walking distance of each other. Here’s some of the amazing places I visited during my time in Rome –

The Colosseum, also known as the Flavian Amphitheatre, is an oval amphitheatre in the centre of the city. It is built of concrete and sand and is the largest amphitheatre ever built. It is certainly very impressive to look at! Construction began under the emperor Vespasian in AD 72, and was completed in AD 80 under his successor, Titus. Further modifications were made during the reign of Domitian (81–96). These three emperors are known as the Flavian dynasty, and the amphitheatre was named in Latin for its association with their family name (Flavius).

The Colosseum is estimated to be able to hold between 50,000 and 80,000 spectators. It was originally used for gladiatorial contests and other public spectacles, however it ceased to be used for entertainment purposes during the early medieval era.

It is easy to see why the Colosseum is one of Rome’s most popular tourist attractions! 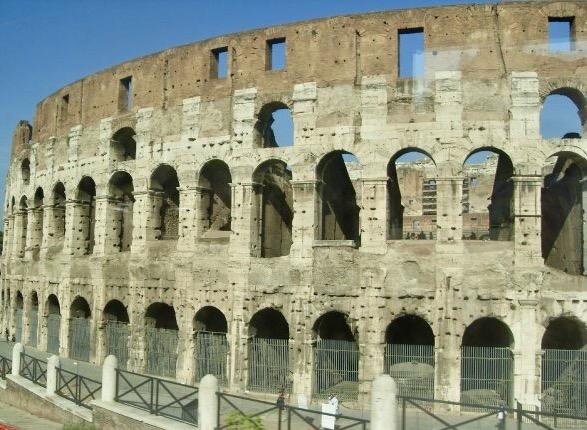 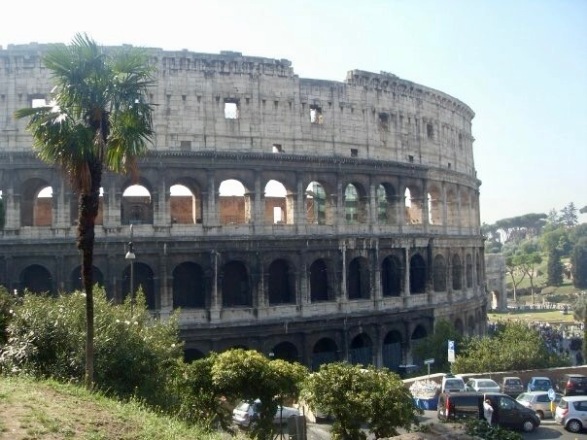 I can’t believe I took such an awful photo and didn’t get in a better position so the arch wasn’t blocked by the trees! I’m so annoying sometimes! 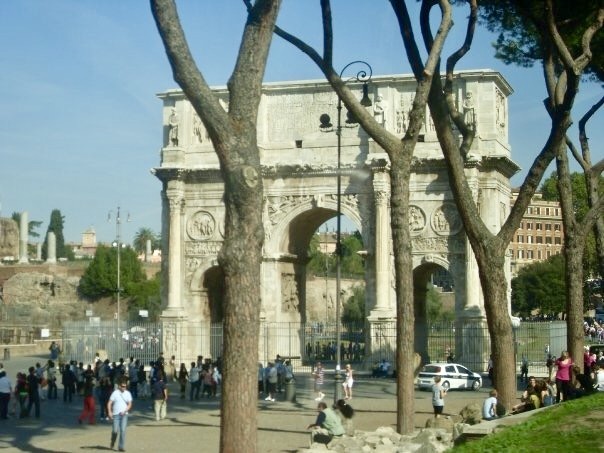 The Domus Augustana is the modern name for the so-called domestic wing of the Roman Palace of Domitian (92 AD) on the Palatine Hill.

This was the principal residence of the emperors in the city from the late first to the third centuries A.D. 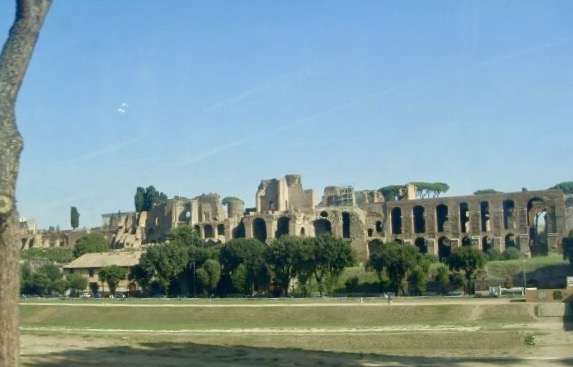 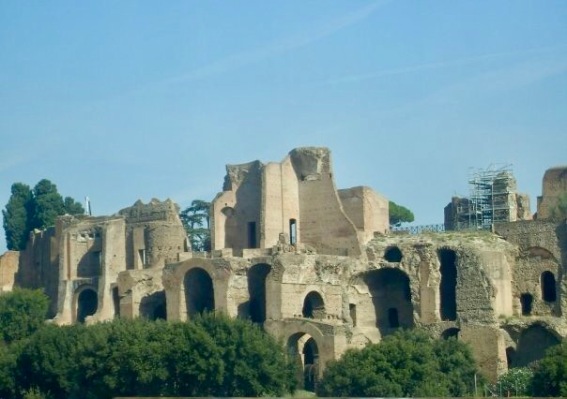 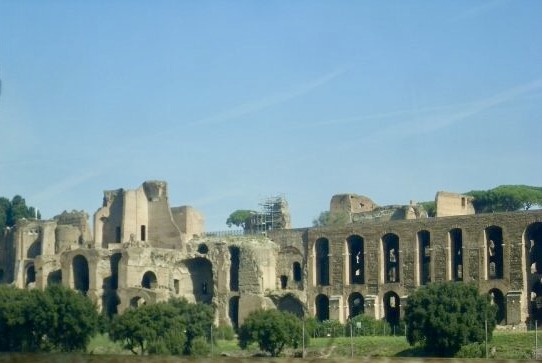 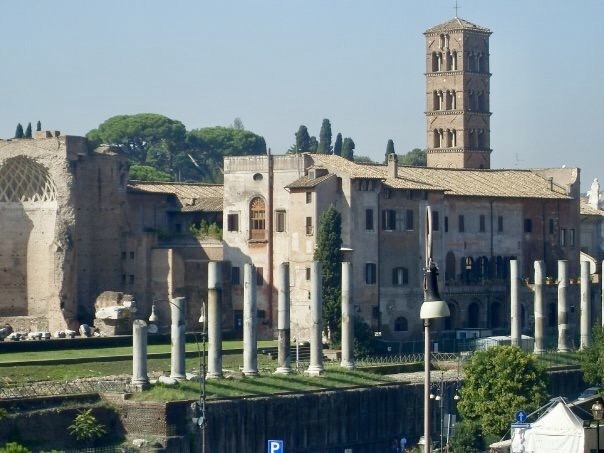 The Trevi Fountain is a beautiful fountain in the Trevi district which was designed by Italian architect Nicola Salvi and completed by Pietro Bracci. Standing just over 26 metres high and 49 metres wide, it is the largest Baroque fountain in the city and one of the most famous fountains in the world. 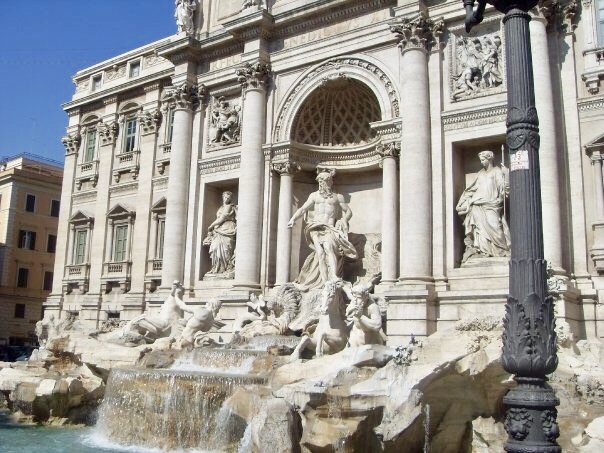 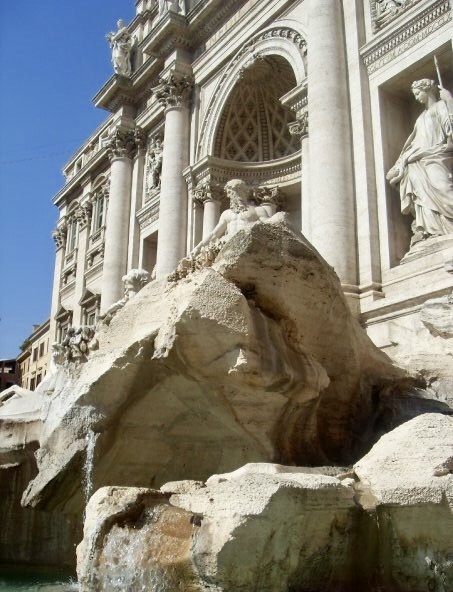 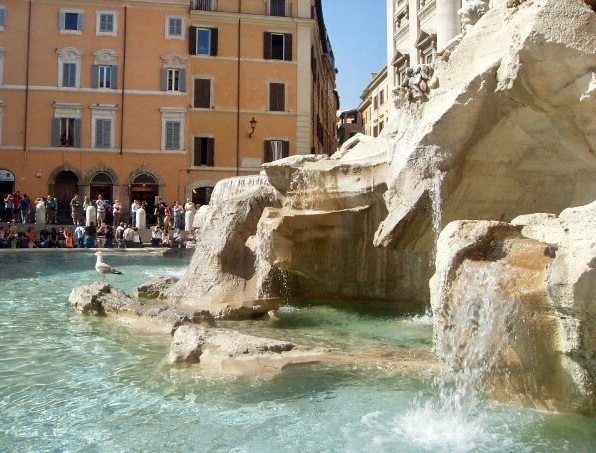 Vatican city (Citta del Vaticano) was built over the tomb of Saint Peter and is the smallest state in the world.

Inside the Vatican city you can find 11 Vatican Museums which include Michelangelo’s Sistine Chapel, and Vatican Gardens – a place full of large and small gardens, fountains, a fish pool and an enclosure for rabbits!

Arguably the most important building in Vatican City is –

The Papal Basilica of St. Peter in the Vatican, more commonly known as St. Peter’s Basilica, is an Italian Renaissance church designed by Donato Bramante, Michelangelo, Carlo Maderno and Gian Lorenzo Bernini. St. Peter’s is the most renowned work of Renaissance architecture and one of the largest churches in the world.

Catholic tradition claims that the Basilica is the burial site of Saint Peter, one of Christ’s Apostles and also the first Pope – Saint Peter’s tomb is supposedly directly below the high altar of the Basilica. Construction of the present basilica, which replaced the Old St. Peter’s Basilica from the 4th century AD, began on 18 April 1506 and was completed on 18 November 1626.

St. Peter’s is famous for its public worship functions, especially those attended by the Pope. These events have been known to attract audiences of between 15,000 to over 80,000 people, either within the Basilica or the adjoining St. Peter’s Square.

St. Peter’s is one of the four churches in the world that hold the rank of Major Basilica – all four of which are in Rome! 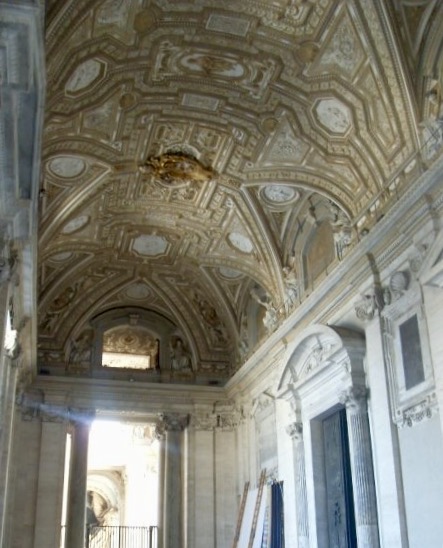 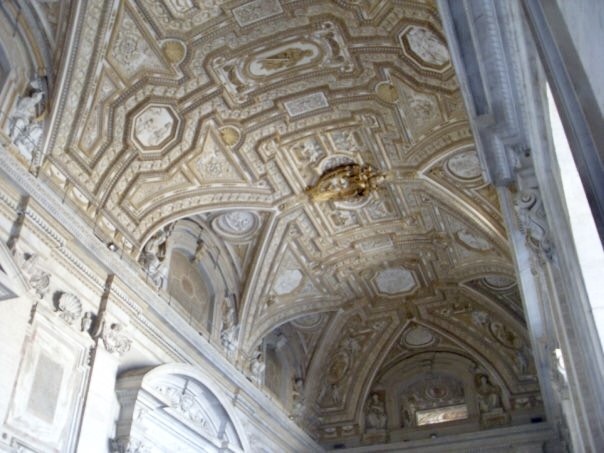 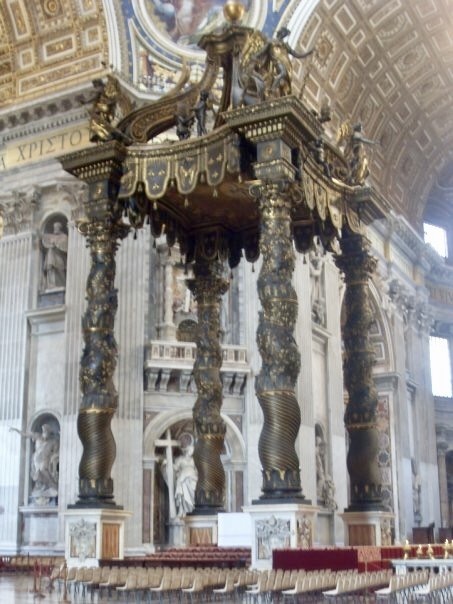 The Sistine Chapel was top of my list of the places to see when we visited Rome but the queues were so long we just didn’t have the time to fit it in so I was really disappointed. I do hope to see this beautiful creation one day!

Many people visit Rome for a long weekend but after doing all my research I don’t think a weekend is long enough to see everything that this amazing place has to offer! Definitely one for the “re-visit” list  – I’ll have to ask hubby if he fancies paying a visit!