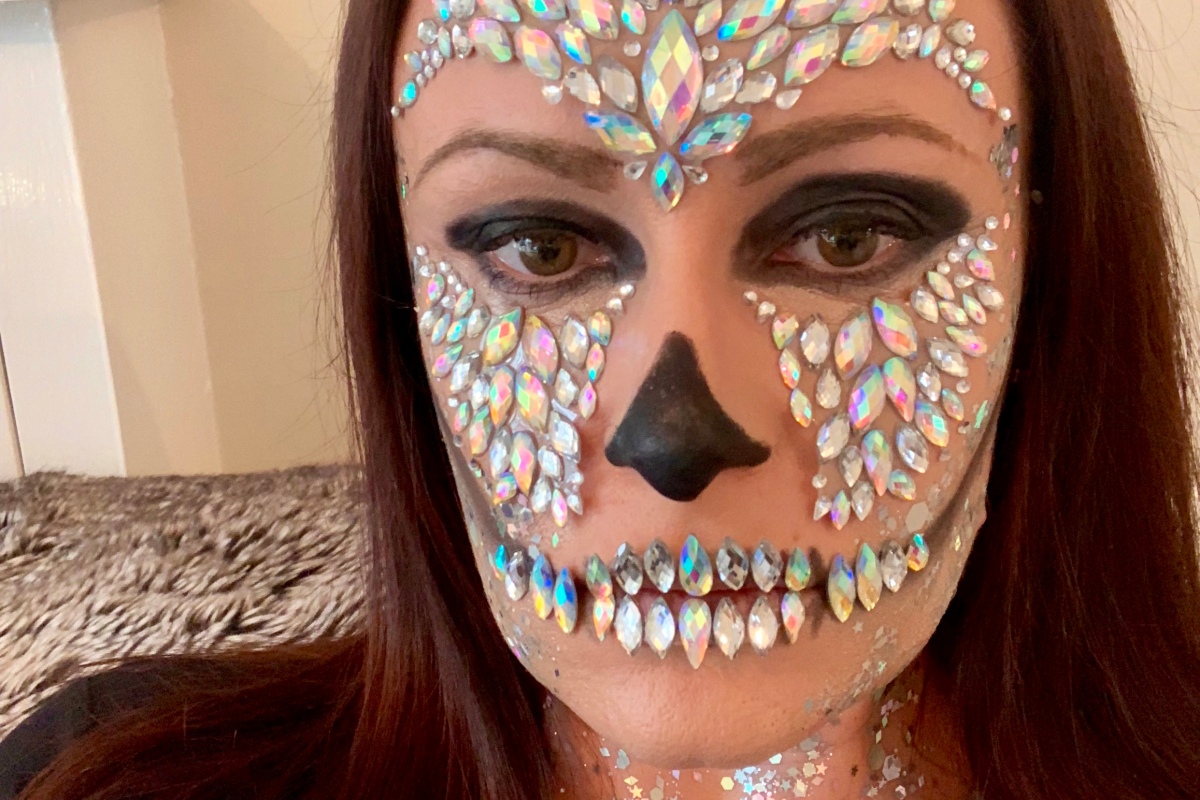 Happy Halloween everyone! I hope you all had a great few days of Halloween celebrations! This year we had our Halloween party on the 26th and I’ve had the last week off to take part in all things autumnal!

We had a great time at the Halloween party – I normally make a real effort with my Halloween outfits but this year was a very straightforward outfit with some striking makeup instead! This crystal skull set is from The Gypsy Shrine – they have some amazing sets which are really easy to apply! 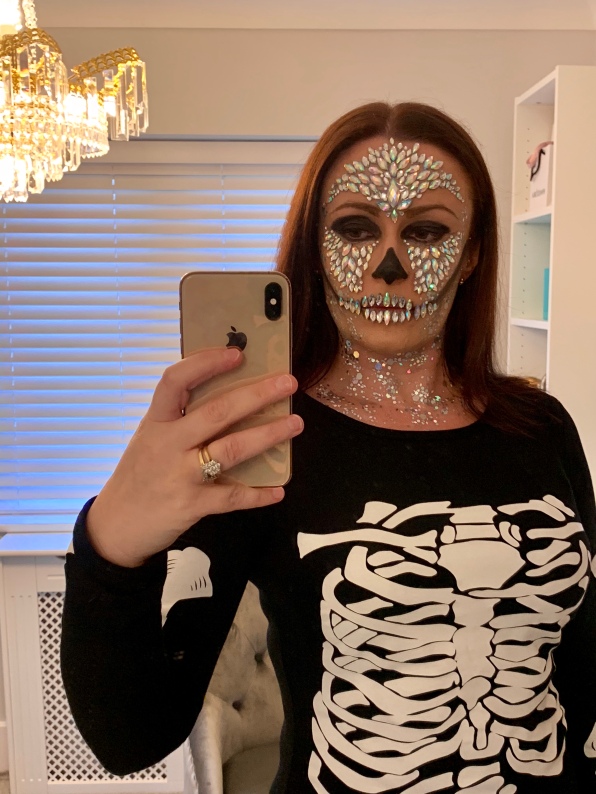 I have been so busy at work and planning other events over the past two months that I just didn’t get the chance to do anywhere near as much preparation for Halloween this year I’m afraid. I normally spend a couple of days preparing treats and decorations but it was very last minute this year! 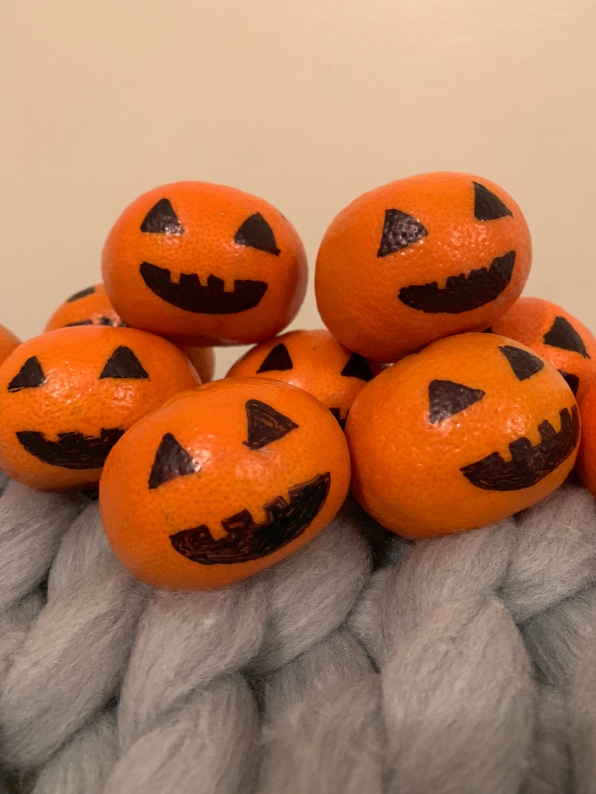 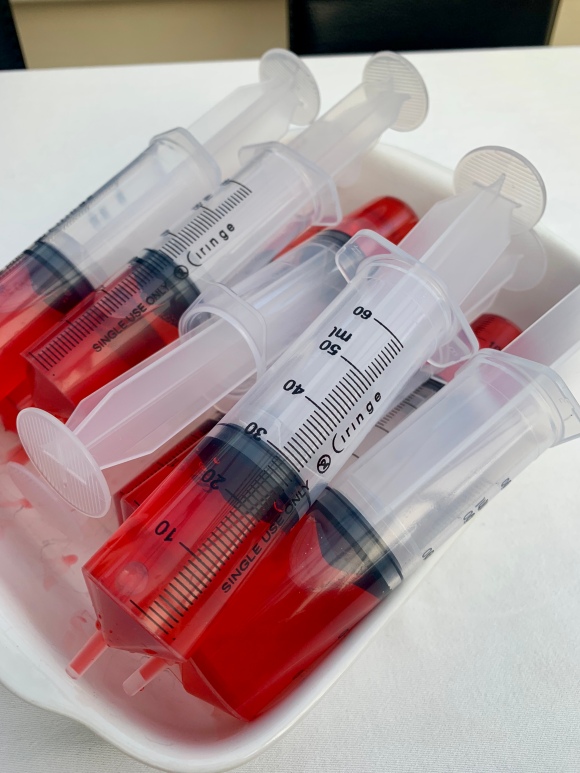 On the Sunday, hubby and I ventured out to see the new Halloween film at the cinema – we always try and go to the cinema to watch a horror film over the Halloween weekend. I really enjoyed the film but as I was sat there watching it I realised I had watched all the sequels but had never actually watched the 1978 original! It’s on Sky cinema at the moment so I have recorded it to watch it when we get the chance! 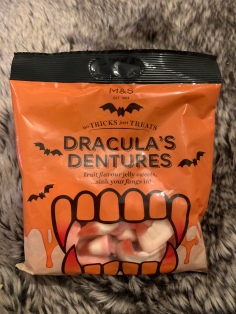 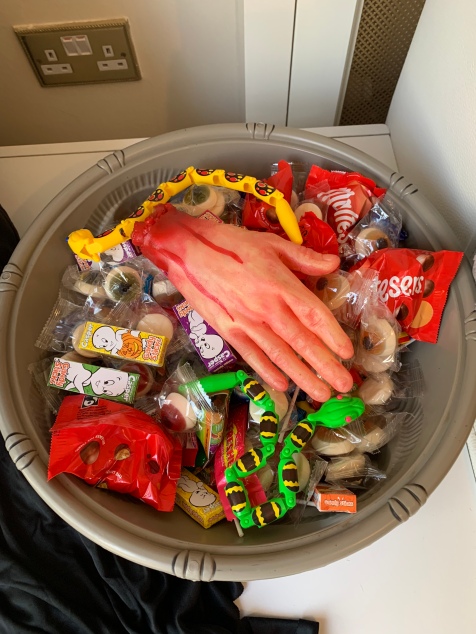 When we’d got home after scaring ourselves to death at the cinema, we tucked into all the amazing Halloween treats I’d been gathering over the last few weeks! As usual I’ve bought far too much and we had hardly any trick or treaters so we are going to be eating them until Christmas! 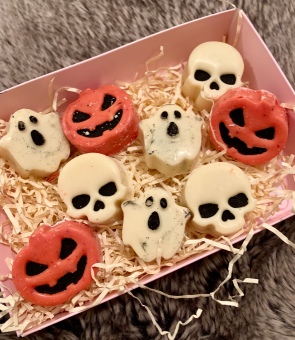 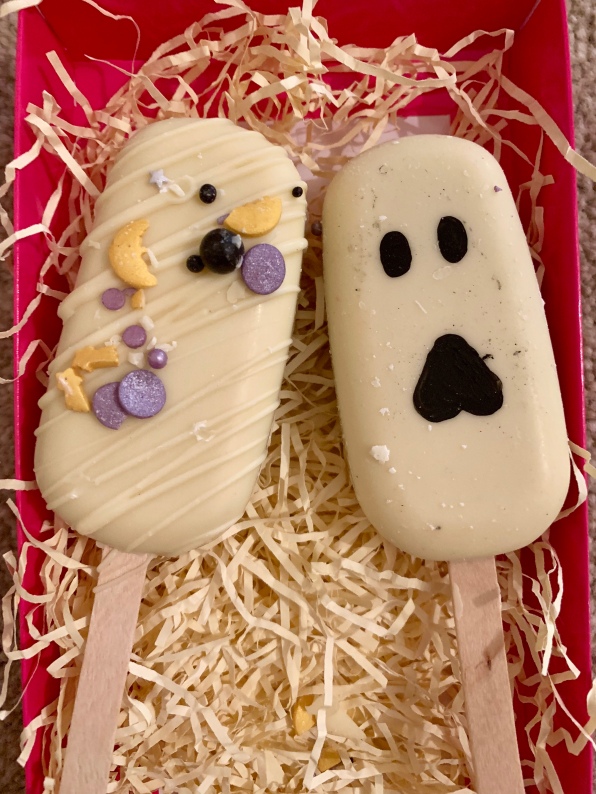 On the Monday my Mum, my Sister and I went Pumpkin picking! I was just going to include the details in this blog but we had such a fantastic time that I thought it deserved its own blog so watch this space! It was well worth the visit and I think we may have created a new annual family tradition!

On the Tuesday my Sister and I had a fantastic day in London! We’ve never been around Halloween before but we were pleased we did as it was a brilliant experience. Cafe’s and shops and florists were covered in autumnal and Halloween decor and they looked spectacular! Dominique Ansel’s, Peggy Porschen’s and Elan Cafe were all looking particularly autumnal and spooky! 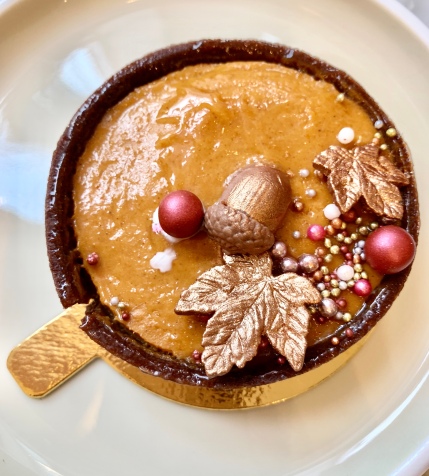 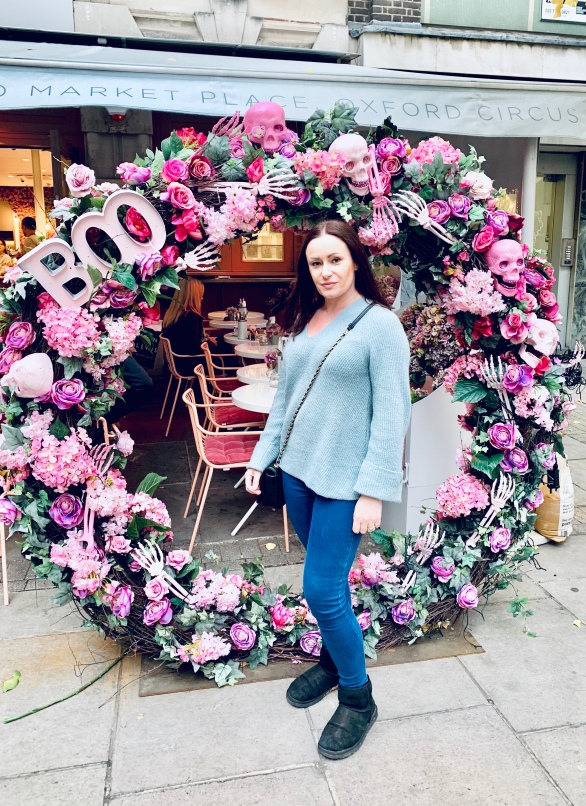 Our top prize for window displays went to this florists called Pullbrook and Gould. The photos really don’t do it justice, it must have taken them ages to create it and you can see how much time and effort has gone into it! Amazing! 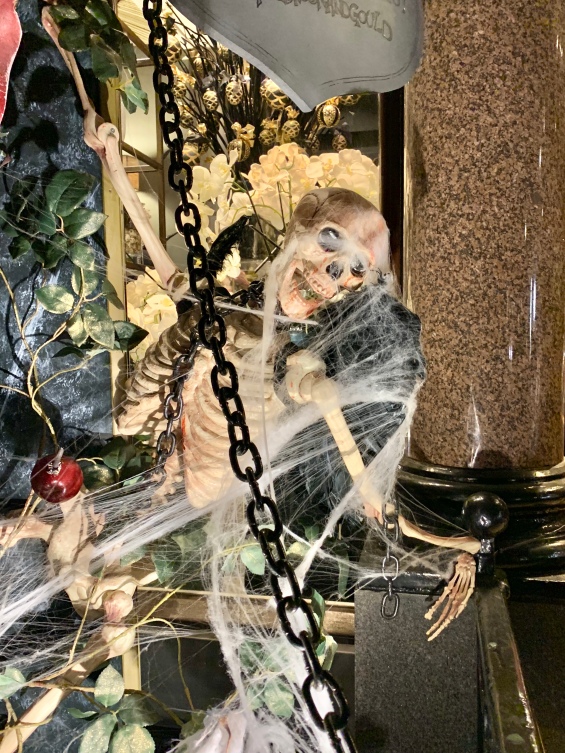 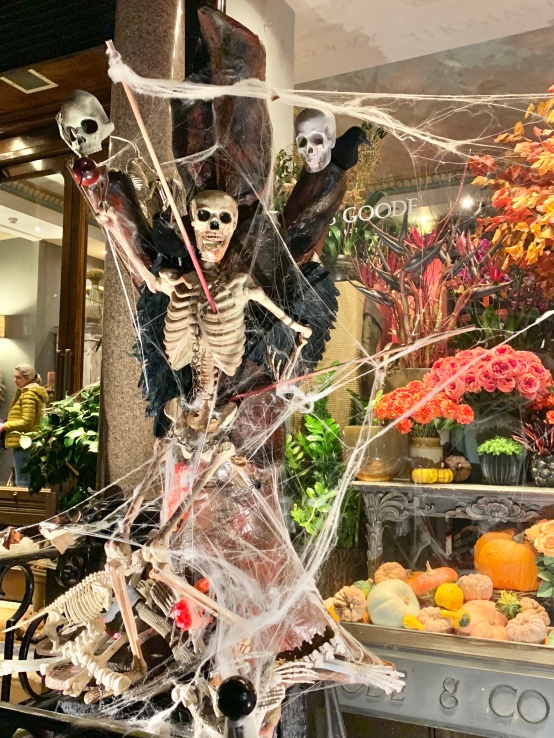 On Halloween my Mum, my Sister and I spent the day together (and admittedly started discussing our Christmas plans!) but spent a lot of the day munching on our Halloween chocolate whilst watching the new Netflix programme The Curious Creations of Christine McConnell – if you haven’t watched it yet, you really must!! The only way I can describe it is a cross between the film Labyrinth and a Nigella Lawson cookery programme! It is seriously corny, but seriously good, and a perfect programme to watch over the spooky period! 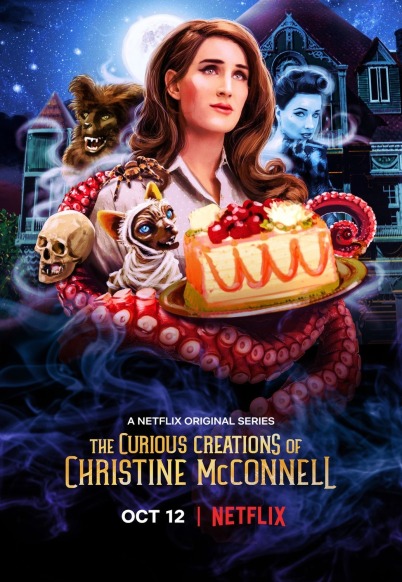 After a day of errands on the Thursday, on the Friday we paid a visit to Puzzlewood! This was my Sisters choice as she said she has always wanted to visit, and to be honest I didn’t know much about the place – I just assumed it was a woodland trail! Well there is so much more to it than this! So I have written a separate blog all about it! 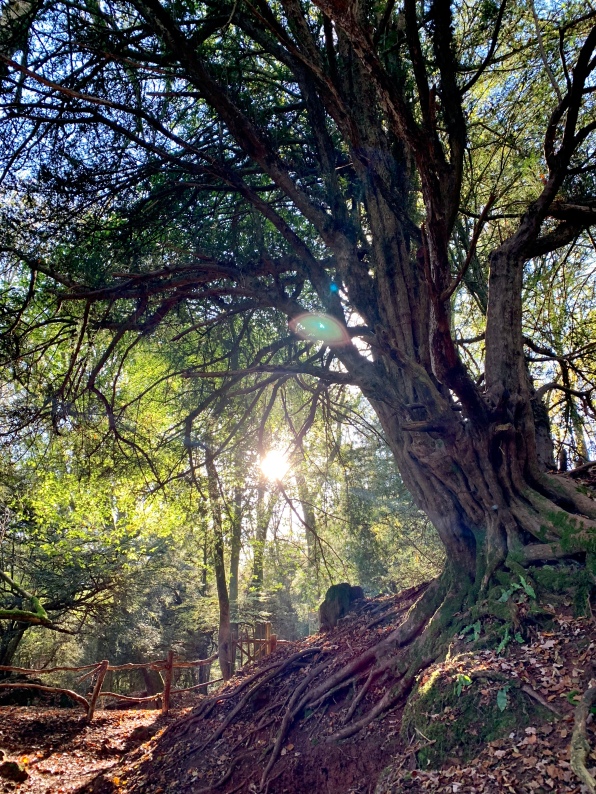 So as you can see we have had a fun-filled week full of Halloween and autumn themed activities! It is such a shame when all the decorations have to come down again for another year. Plus as soon as they do it means I have to really start putting my Christmas plans into action!