This one is a lovely family Christmas film! On Christmas Eve, a young boy encounters a train known as the Polar Express, that is on it’s way to the North Pole. There are other children on the train and the film follows them developing their friendship with one another. A Christmas Eve must watch film, especially for those non-believers!

Santa has an older brother! His name is Fred Claus!

He is actually nothing like Santa, and has a few brushes with the law which results in him having to stay at the North Pole and help Santa and his elves prepare for Christmas in exchange for money to pay off his debts – not much fun when you hate Christmas because it centres around your brother every year!

Two miserable, professional thieves pose as Santa and his Little Helper to rob high end shopping malls on Christmas Eve. But they run into problems when one of the conmen befriends a troubled kid who thinks he is the real Santa (“Your name is Thurman Merman??”) and the security boss uncovers their plot….. 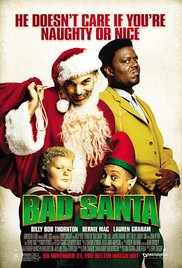 There’s also Bad Santa 2 but I haven’t got round to watching it yet!

How The Grinch Stole Christmas

On the outskirts of Whoville, there lives a green, revenge-seeking Grinch who plans on ruining the Christmas holiday for all of the citizens of the town……

The Grinch is a bitter, grouchy, cave-dwelling creature with a heart “two sizes too small” who lives on snowy Mount Crumpit a steep high mountain just north of the town of Whoville, home of the merry and warm-hearted Whos.

From his cave, the Grinch can hear the noisy Christmas festivities that take place in Whoville. Annoyed, he decides to stop Christmas from coming by stealing their presents, trees, and food for their Christmas feast……

This is my Sisters favourite Christmas film! It follows the lives of eight very different couples dealing with their love lives and is all set in the run up to Christmas in London.

If you’ve watched the film, the scene where Karen (Emma Thompson) realises that the necklace Harry (Alan Rickman) bought isn’t actually for her still breaks my heart every single time I watch it!

I also love the scene with Juliet (Keira Knightley) and Mark (Andrew Lincoln) where he plays Christmas songs and shows her large cue cards which tell her he loves her! Sorry, spoiler alert for those who haven’t seen it yet! (Where have you been??!)

Jingle All the Way

A father vows to get his son a Turbo Man action figure for Christmas, however, every store is sold out of them, and he must travel all over town and compete with everybody else in order to find one.

Every parent has probably been through this nightmare, I know my Mum did several times when we were younger!

Two neighbours have a big fall out after one of them decorates his house for the holidays so brightly that it can be seen from space. This one is a particularly cheesy one but I do love it! Matthew Broderick and Danny DeVito star – hilarious!

You surely know the story of A Christmas Carol by Charles Dicken’s?!

It has been done and re-done many times over the years (including a Muppet’s version!), but my favourite is this animated version with the voice of Jim Carrey. Bring on the ghosts of Christmas Past, Christmas Present and Christmas Yet to Come! 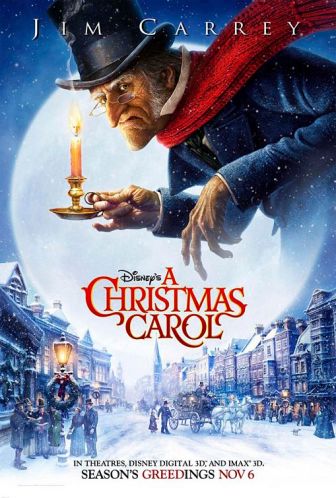 Remember to treat everyone with kindness, generosity and compassion, or you may end up like Ebeneezer Scrooge!

This story is probably just as famous as A Christmas Carol!

For those of you who haven’t seen it (not many of you I would imagine!) Kevin, an eight-year-old troublemaker, is forced to protect his home from a pair of burglars (by using some innovative booby traps!) when he is accidentally left home alone by his family over the Christmas holidays. 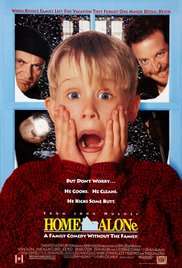 An absolute must-watch over the Christmas period! This one will always be a classic!

It isn’t often that a sequel to a fantastic movie is as good as the first!

One year after Kevin was left home alone, he accidentally finds himself in New York after he gets on the wrong flight.

Unfortunately for Kevin, the same criminals, Harry and Marv, are also in New York after escaping from prison….

And my absolute favourite Christmas film of all time……

A man called Buddy who has been raised as an Elf at the North Pole goes off on an adventure to New York in search of his true identity.

This film stars Will Ferrell and is an absolutely brilliant Christmas film! Even if Will Ferrell films are not your usual cup of tea, I urge you to give this film a try. It is silly and funny and extremely Christmassy and is guaranteed to put a smile on your face! 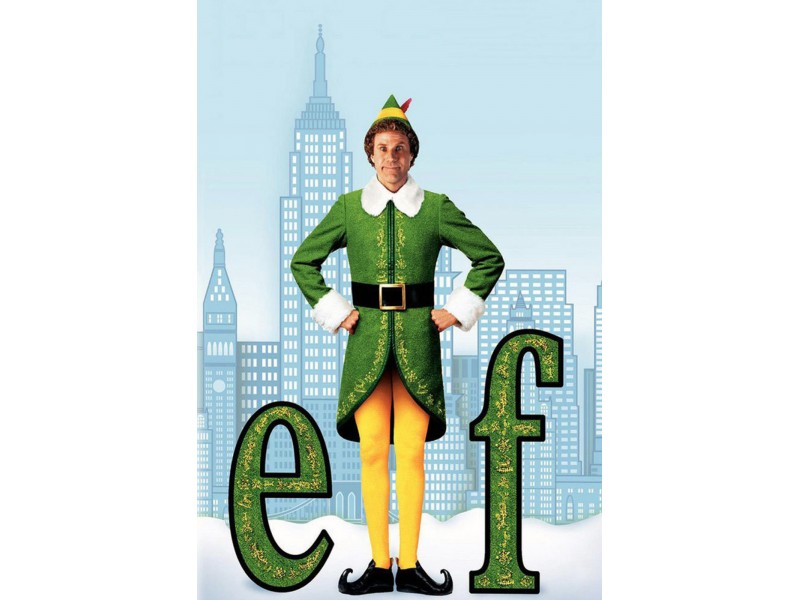 Happy watching! I’m off to make a Christmas hot chocolate and to wrap some more presents!

4 thoughts on “My favourite Christmas Movies!”