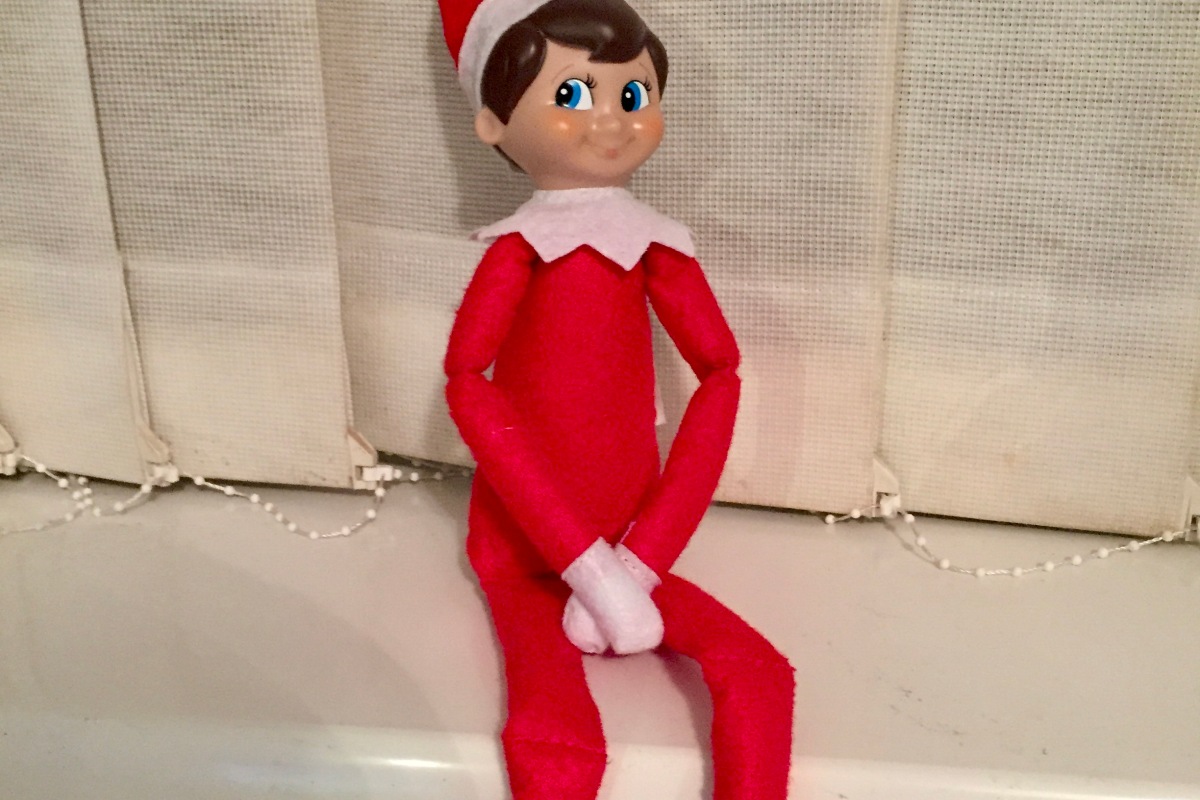 I assume you all know the story of the Elf on the Shelf?? If not, let me enlighten you…. Elf on the Shelf is an American tradition which stemmed from the publication of a 2005 book by Carol Aebersold and her daughter Chanda Bell, which was illustrated by Coë Steinwart.

The book tells a Christmas-themed story, written in rhyme, that explains how Santa Claus knows who is naughty and who is nice due to his “scout” elves watching the childrens’ behaviour in the run up to Christmas. Once everyone goes to bed, the scout elf flies back to the North Pole to report to Santa the activities, good and bad, that have taken place throughout the day. Before the family wakes up each morning, the scout elf flies back from the North Pole and hides. By hiding in a new spot each morning around the house, the scout elf plays an on-going game of hide and seek with the family.

The idea of course, is to try and encourage children to be well behaved in the run up to Christmas, and to give frazzled stressed parents the opportunity to shout “the elf is watching! he will tell Santa” six thousand times a day! In order to make it more convincing that the Elves are alive and are watching the little rascals every move, the parents will have to move the Elf and rearrange him in a new location and position, perhaps doing a new activity.

The elves begin watching over the children between Thanksgiving and Christmas Eve, after which they toddle off back to the North Pole until the next holiday season.

The Elf on the Shelf comes in a keepsake box that features the picture book and your very own scout elf.

Now is the rather strange part…. hubby and I don’t have any kids as of yet! We came about adopting our Elf Buddy basically because there were some brilliant articles and blogs going around about adult themed Elf on the Shelf ideas and I thought it would be a real laugh to do something similar!

Once Buddy arrived I got the usual disapproving “what the hell is she up to now?” look from hubby which only spurred me on to make Buddy’s behaviour even more annoying in the run up to Christmas!

Then things took a more sinister turn as I arrived home one day and Buddy was nowhere to be seen….it appears that hubby had just about had enough of his shenanigans! 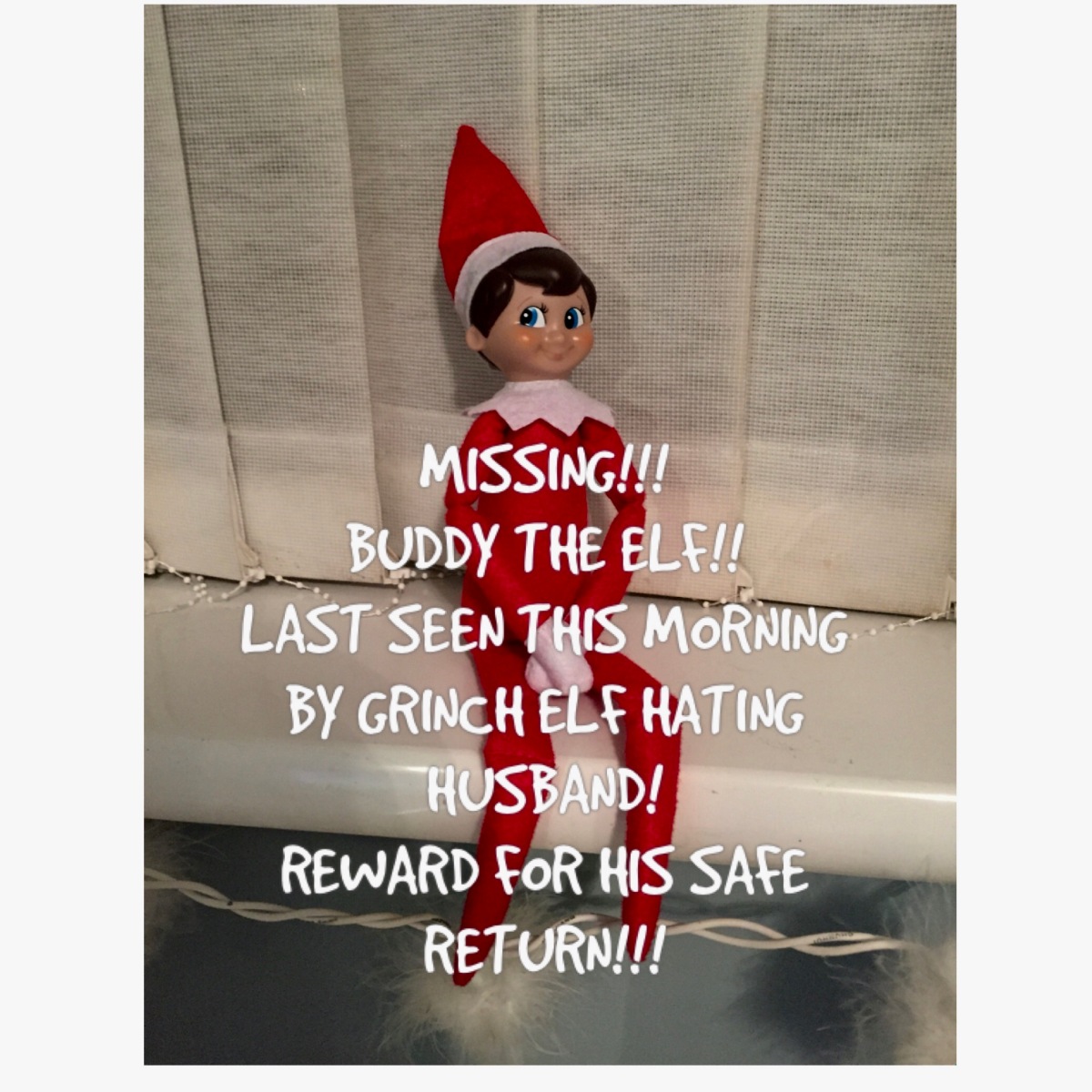 The next day, poor Buddy was found in the spare bedroom wardrobe! All alone and tied up in Christmas ribbon!! 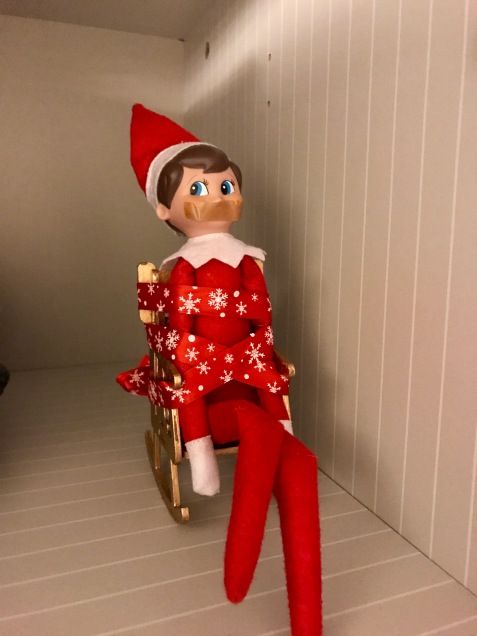 Buddy is not one for revenge, but he was not at all happy about this traumatic experience! He felt hubby need to be shown who was in charge!

From having an Elf accident on hubby’s best football shirt…

To using hubby’s toothbrush to clean the toilet…. 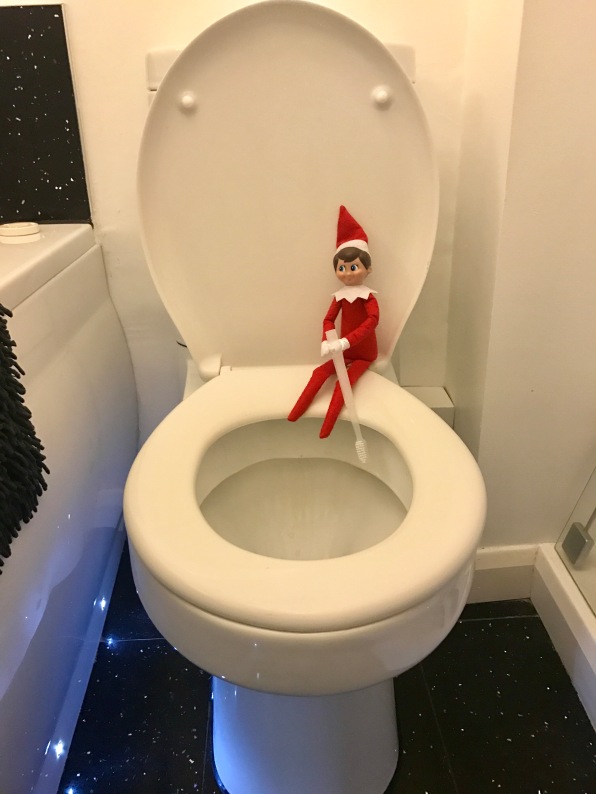 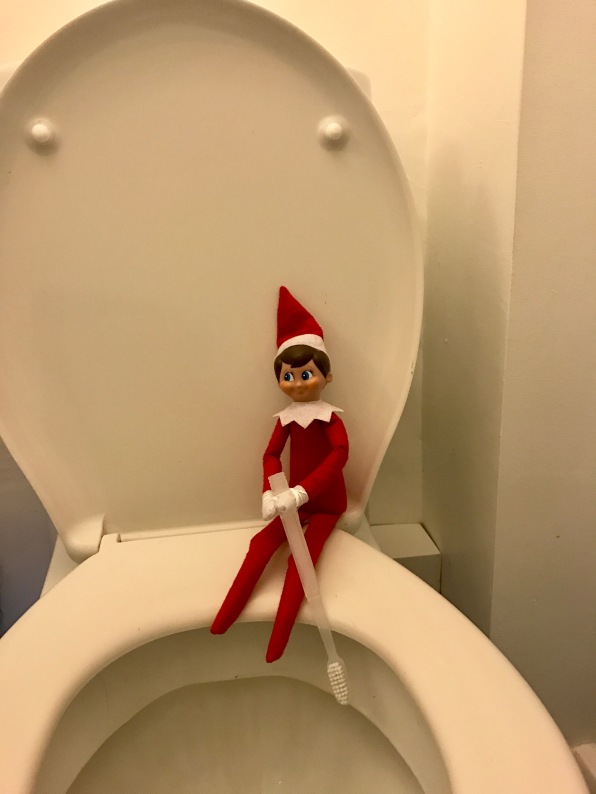 To replacing the toilet roll with brown packing tape… 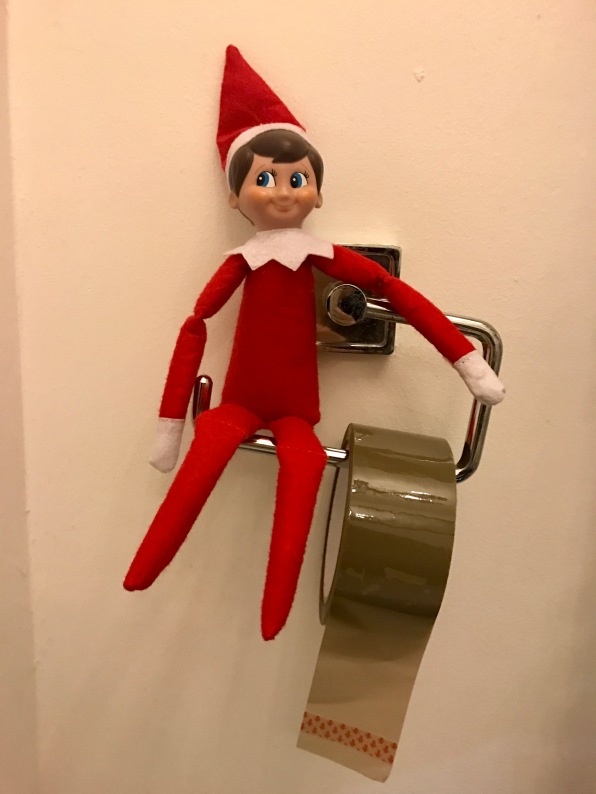 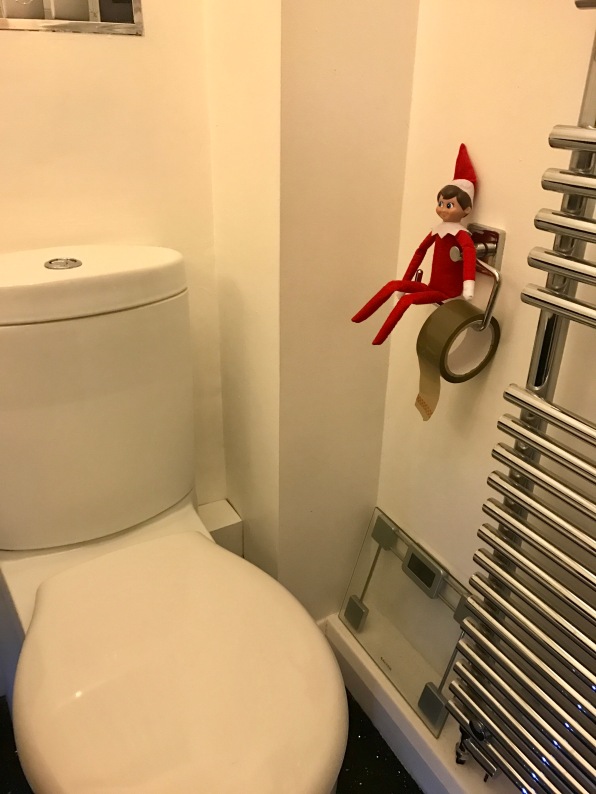 To trying to poison the hubby with dog biscuits… 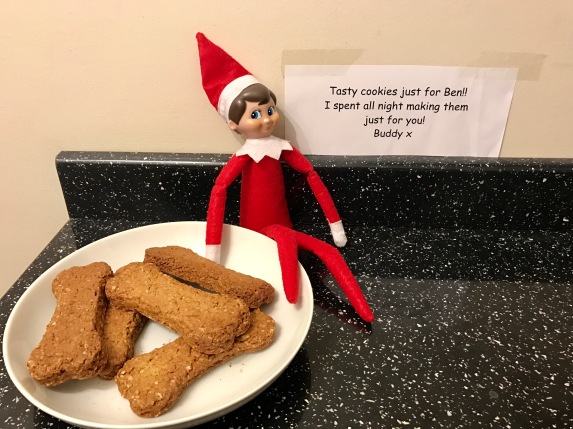 Then eventually things calmed down and Buddy and hubby became friends again just in time for Buddy to wish us a Merry Christmas! 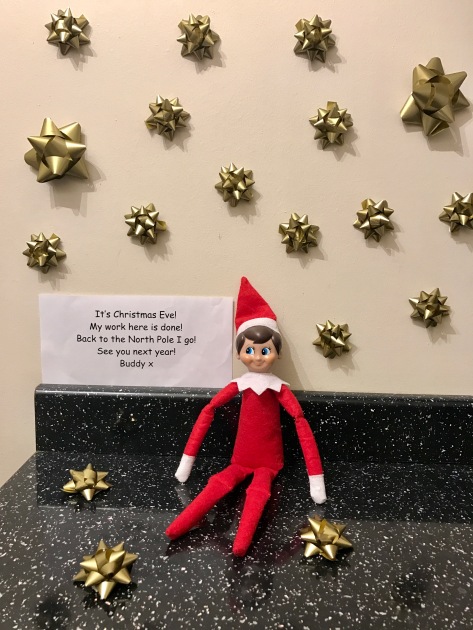 Yes it is all very corny, but is just a little bit of fun in the run up to Christmas! The hardest part is thinking of all of the new ideas, especially when we are so limited because we don’t have any children’s toys we can use as additional props! Still, it was all great fun!

6 thoughts on “Elf On The Shelf”